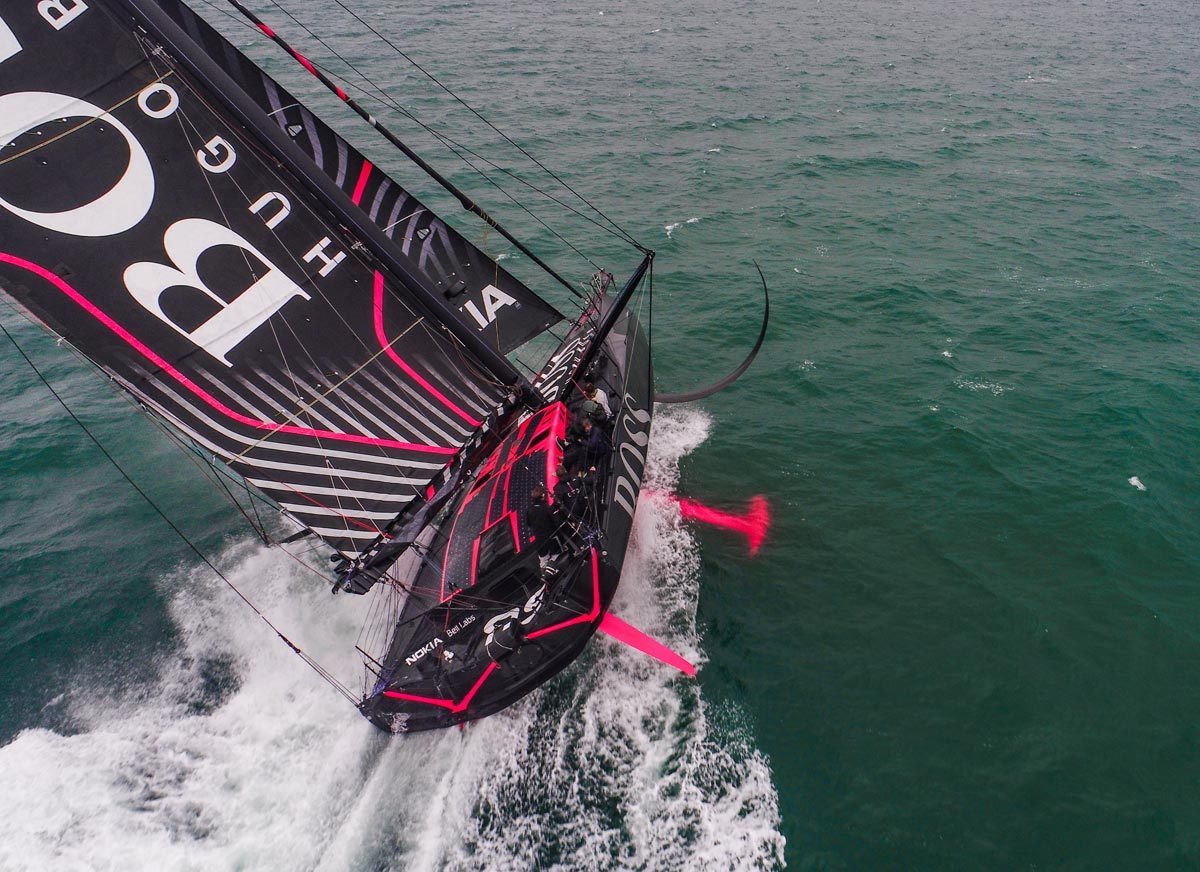 Hugo Boss is forced out of the Vendée Globe race due to irreparably damage to the port rudder. Alex Thompson is heading for Cape Town after some considerable efforts over two days to repair a damaged longitudinal bulkhead in the bow of his carbon fibre boat. Meanwhile first to reach the southern latitudes is Apivia superbly sailed by Charlie Dalin a Naval Architect trained at Southampton University. He has established a lead of 300 miles over LinkedOut sailed by Thomas Ruyant who has also had troubles. He has had to climb the mast 4 times so far to fix the wind sensors and cut 2 meters off the end of the port foil. Both boats have been designed by Guillaume Verdier also trained at Southampton university. In third place is Jean Le Cam who has just passed to the north of Tristan de Cunha in his older style design (without foils) taking the shorter route.

The retirement of a popular race favourite is very sad to see and an almighty loss to the sport. According to our Little Ship Club President Mike Golding any one of the leading group has a chance of a podium finish. Sam Davies in Initiatives-Coeur pictured currently in 10th position will have lots of support as they face weeks of surfing along the north side of rolling low pressure systems in the southern ocean. See Sam_davies on social media.

In the Virtual race SolidBear (Leigh Gibson) has caught up the leading pack and currently is the most southerly but to the west of the leading four boats in the LSC team. Goldfinger1 (Mike Golding) leads the tight group with Golf Bravo Hotel (Greg Hirst) then GBR2386L (Andy Ormsby) and Silver Sadler (Pete Hampson) close behind up in the leading peloton.